Paleo Diet vs. Keto Diet: What is the Difference? 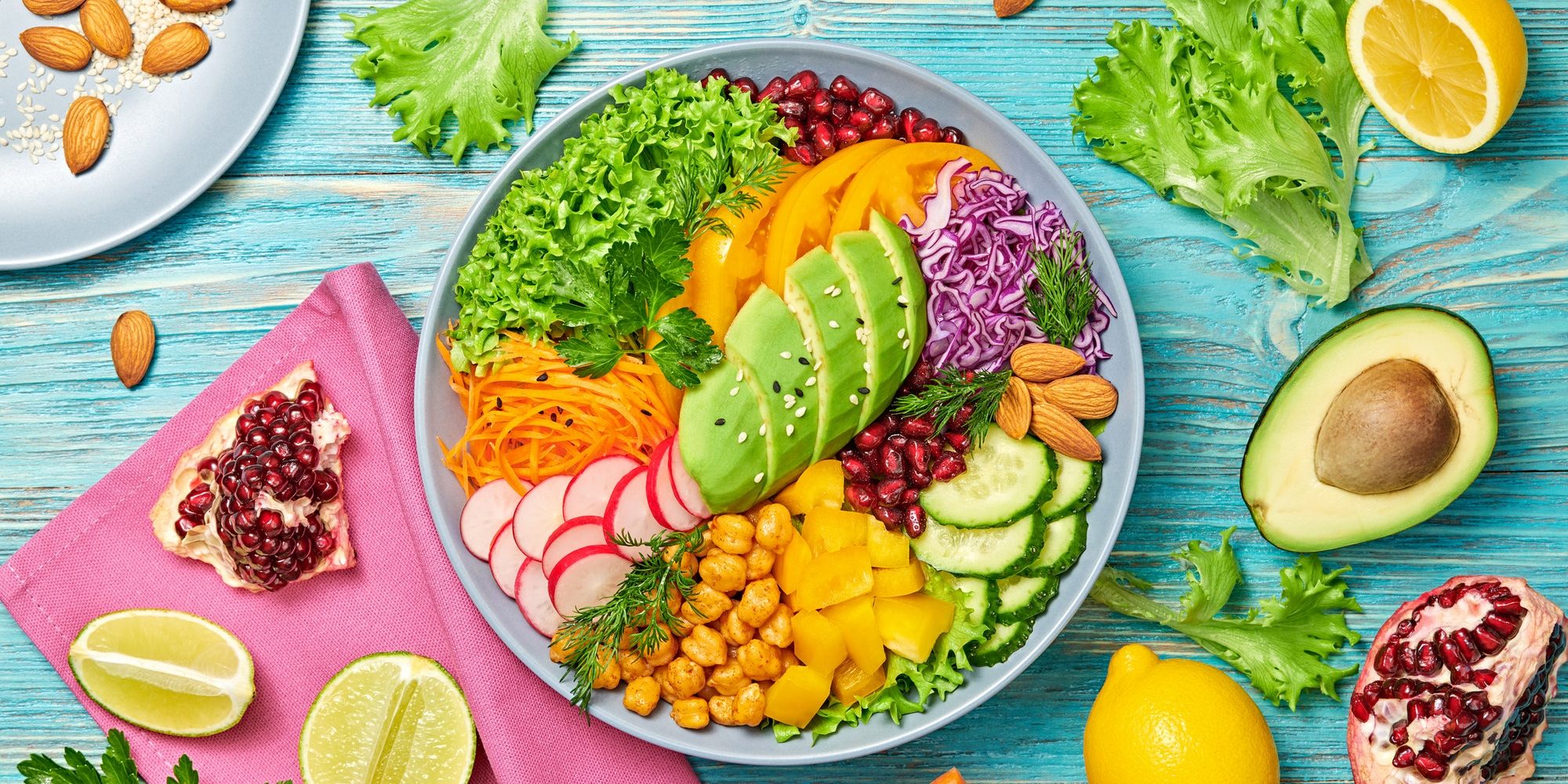 If you’re considering starting a healthy lifestyle then take a look at the Paleo diet. Ketosis, or keto as it’s commonly called, steals all the spotlight. However, the Paleo diet is a great option for many people. When it comes to the Paleo diet vs keto diet, the final decision comes down to what you feel comfortable with and can stick to.

Consult your primary care physician before starting a new or restricting diet.

If you’re considering a diet to improve your health but aren’t sure which is right for you, keep reading. In this post, we’ll explain the Paleo diet, its health benefits, the Paleo diet vs. the keto diet, foods to avoid, and a typical eating plan for a day.

What is the Paleo Diet?

The Paleo diet (Paleolithic diet) is comprised of foods that our ancient ancestors used to consume (or thought to have consumed). It’s also known as the caveman diet. Essentially, it boils down to not consuming any processed foods, grains, or dairy. This diet also emphasizes being active and drinking a lot of water.

The theory behind this diet is that the food available today is genetically mismatched with our bodies. Thousands of years spent hunting and gathering food, and then farming came into the picture. The emergence and accessibility to grains and dairy products, which have become staples in our diets, created what is termed the “discordance hypothesis.”

With the introduction of new foods in the human diet and the rapid emergence of farming practices, the body’s ability to adapt was severely outpaced. This hypothesis is considered to be the reason behind today’s major health issues like heart disease, obesity, and diabetes. It is important to note that there is, of course, controversy over this hypothesis.

Several studies have shown a significant reduction in blood pressure when sustaining the Paleo diet. On average, the mean values of HDL (the “good” cholesterol) were higher while the systolic blood pressure levels decreased.

Paleo diet weight loss has shown to last longer and be more significant than other diets. In a two-year trial study, women who followed the Paleo diet lost 2.5x more weight over a six-month time frame. What’s even better about that is after 2 years the women still lost 1.6x more weight overall.

The Paleo diet has shown significant benefits for those with diabetes. With the increase in HDL and lowered systolic blood pressure levels, researchers concluded that the Paleo diet may improve the symptoms of type 2 diabetes in individuals.

An emphasis on being more active, like the ancient hunter and gatherers, and following a similar diet leads to a leaner muscle mass.

Being on the Paleo diet is like a detox. You’re ridding your body of processed foods, starches, and grains, along with other chemicals. This leads to better sleep, less bloating, and hormonal balance.

The paleo diet differs from the keto diet in several vital areas: meats, fruits and sugar, dairy, and carb intake.

Animal products are a staple in both the keto and Paleo diet.

Keto: Allows for any meat as long as it’s low in carbs and has no sugar.

This one of the more significant differences between the two diets. One diet allows for natural sugars that derive from fruits and vegetables while the other does not.

Paleo: Allows for most fruits and natural sugar.

Keto: Doesn’t allow sugars (even natural sugar), but those on the keto diet can have artificial sweetener.

Some paleo diets allow for a small amount of dairy. It just depends on how strict you’re going to be. However, most dairy is a no-go for Paleo.

Paleo: Excludes dairy from the diet.

Keto: Allows for dairy products if there are no added carbs or sugar (heavy whipping cream, cheese, etc.).

The Paleo diet doesn’t have a daily carb limit. It focuses on whole foods that are filling. Keto, on the other hand, limits daily carb count.

Keto: Less than 30 carbs a day is ideal (less is better).

Some Paleo diets are stricter than others. For example, some paleo diets allow for bananas, while others do not. Here is a list of 7 general types of foods to avoid if you’re on the Paleo diet that is true across the board (strict or not). 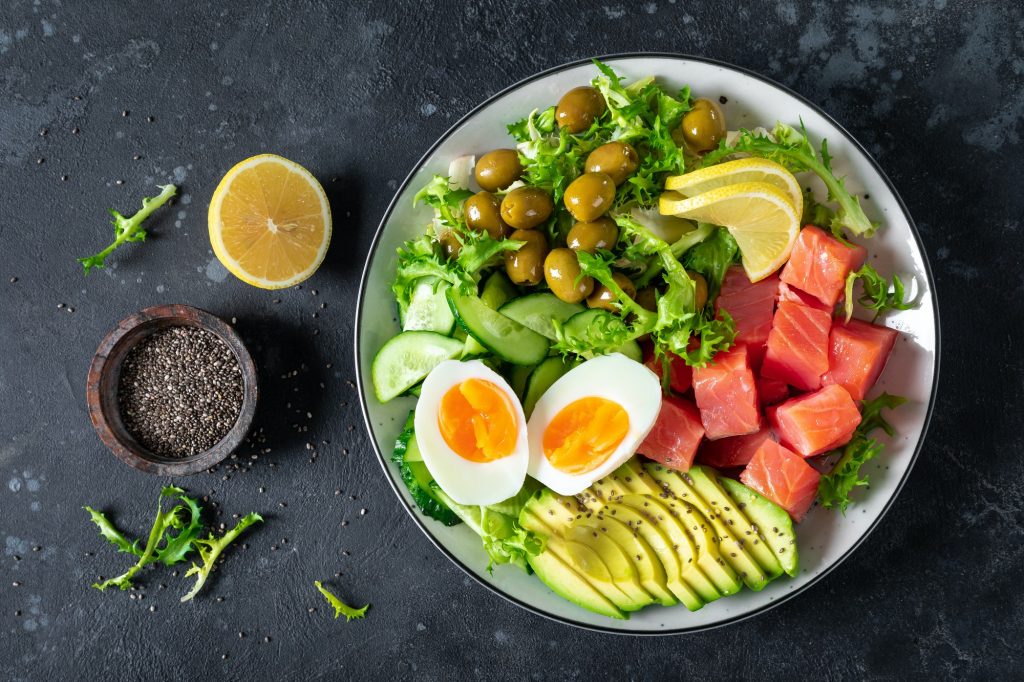 To give you an idea of what a typical day looks like on the Paleo diet, we’ve put together a breakfast, lunch, dinner plan and included some snack ideas as well.

Both the Paleo and keto diets are superb choices but choosing a diet that’s right for you can be a challenge. Weight the pros and cons of each and always consult your primary care physician beforehand.

If you are considering the Paleo diet (or even keto), be sure to include hazelnuts. They support both diets and are incredibly tasty, nutritious, and will help keep you feeling full longer!

9 Delicious Hiking Snacks For Your Next Adventure
February 22, 2021
Go to Top